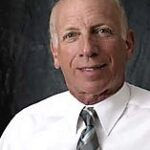 Richard Ader
Founder and Chairman of NJTL of Bennington

Mr. Ader founded U.S. Realty Advisors, LLC October, 1989 and has been in the corporate real estate net lease industry since 1968.  He serves as Chairman of the company and is the Chief Investment Officer and portfolio manager. Mr. Ader is a pioneer in the field of corporate sale-leaseback transactions and a leading authority on the subject.  He has devised innovative and revolutionary net lease structures including the sandwich lease, stepped rents and accrual leases, and has overseen the acquisitions and management of over $20 billion of net lease real estate.

U.S. Realty Advisors acts as Investment Advisors to various Institutional Investors and has acquired over $10 billion of real estate assets with $3.0 billion under management.  Mr. Ader was voted by his peers as Net Lease Executive of the Year 2011 and 2012 and was selected as a Legend and Icon by Commercial Property News and Real Estate Forum.

Mr. Ader is a graduate of the University of Vermont where he was All Conference in basketball and is a member of the UVM Athletic Hall of Fame. He formerly served on the Board of the University of Vermont Foundation and is Chairman of the Advisory Board to the College of Arts and Sciences. Mr. Ader also serves on the Board of the USTA Foundation. He is on the Board of Trustees for Bennington College and serves on the Board of Southern Vermont Health Care System and the Owners and Builders Division of the Real Estate Board of New York.  In addition, Mr. Ader was a member and Co-captain of the U.S. Master Tennis Maccabi Team from 1981-1997 and won a bronze medal in 1985 and a silver medal in 1993 in the Maccabi Games.  He previously served on the Board of Women’s Sports Foundation and was co-owner of the New York Hamptons, a World Team Tennis Team. 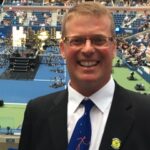 Seth Gabriel
Board Member & Director of the Bennington Tennis Center

Mr. Gabriel has been a USPTA Certified Tennis Pro for 20 years. He’s coached many high school and college players as well as new and seasoned players and is known for teaching positive sportsmanship on and off the court.  Mr. Gabriel coached Mount Greylock Regional High School to its first State Championship in 2001.  He also coached on the collegiate level as the Johnson State College head coach and led his team to the Mayflower Conference Championship in 1999. Mr. Gabriel was recognized by the JSC Athletic Hall of Fame 2009 for his dedication to sports and leadership He served as a Site Supervisor for sports management at Southern Vermont College and served as a part of the Head/Penn Advisory Staff for many years.

Mr. Gabriel holds a BS in environmental education from Northern Vermont University and was tapped as the head tennis pro at such resorts as Topnotch in Stowe, Vermont, The Equinox in Manchester, Vermont, and the Brodie Mountain Racquet Club in New Ashford, Massachusetts. For his athletic and sportsmanship qualities, Mr. Gabriel was inducted into both his high school and college athletic halls of fame. 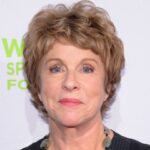 Ms. Slaner Larkin served as CEO of the Women’s Sports Foundation (WSF) from 1986-1992 and again from 2014-2017, followed by a one-year position as Chief Advocacy Officer. Ms. Slaner Larkin served as one of 18 national members of the President’s Council on Physical Fitness and Sports from 1994 to 2002.  She has over thirty-five years of executive experience in corporate, government and non-profit leadership.

Throughout her career Ms. Slaner Larkin has focused her efforts on promoting civil rights, women’s leadership, education for under-served youth and gender equity on local, state and national levels.  She received her MBA from the U. of Maryland and serves as a consultant to PAVE in Bennington, VT and Destination Williamstown in Williamstown, MA and serves on the boards of the National Women’s Law Center, International Tennis Hall of Fame, SUNY Purchase and the Advisory board of My Sisters’ Place. An avid tennis player she is a former state champion and USTA League National Champion. She continues to compete in National tournaments and USTA leagues and is a certified USTA official. 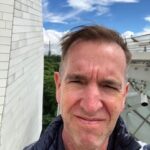 Mr. Rees is the former Deputy Director, Chief Strategy Officer of Massachusetts Museum of Contemporary Art (MassMOCA) where he served as a senior leader for one of the largest and most pioneering centers for contemporary visual art and performing arts in the nation.

Mr. Rees was previously Senior Vice President for Institutional Initiatives and Secretary to the Board of Trustees at Bennington College, where he served in many senior roles over more than twenty years.  His prior experience includes Administration and Planning, External Relations, Communications, and Marketing & Institutional Advancement across a broad spectrum of arts and education organizations including Carnegie Hall, The Studio Museum in Harlem, and the Levine School of Music in Washington, D.C. He received a BA in Literature from Vermont College/Norwich University. He is a novelist, poet, tennis player and avid traveler.

Mr. Woolmington recently retired as managing director of Woolmington, Campbell, Bent & Stasny, P.C., a law firm based in Manchester, Vermont.   He continues to practice law part-time with the firm.

Mr. Woolmington currently serves as vice-president of the Board of Vermont Journalism Trust, Ltd. (Publisher of VTDigger) and as President of The Fund for North Bennington.  He previously chaired the boards of the Vermont Community Foundation, Castanea Foundation, and the Vermont Housing and Conservation Board.  He continues to struggle with his tennis serve. 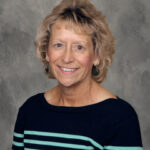 Ms. Foster, M.Ed., principal of Woodford Hollow Elementary School began her involvement with the NJTL of Bennington by bringing her students to the Bennington Tennis Center for Physical Education classes.  She chose tennis for her students for the exercise, social and developmental benefits and because she wanted the children to learn a sport they could play throughout their lives. A year after Bennington ACES began, Ms. Foster was hired as it’s first Executive Director.  Her role began by providing enrichment opportunities for the students and has expanded to also provide academic and nutritional programming, strategic planning and public outreach to the Bennington community. She was instrumental in developing the comprehensive curriculum for the full-day, five-week summer program at Bennington College.

In addition to her work with NJTL, Ms. Foster is an active member of the Southwest Vermont Supervisory Policy Committee and the Food Advisory Committee and was a previous School Board President of St. Mary’s Academy.  When she isn’t on the tennis court, Ms. Foster is outdoors hiking, biking, skiing or driving a Kubota tractor on the family farm in North Pownal. 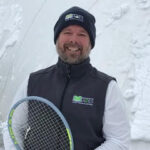 A native Vermonter, Mr. Rowe started playing tennis at age seven, taking group lessons at the town park. He went on to play four years of collegiate tennis at Northern Vermont University, where he competed in singles and doubles, was co-captain of the team and received NAIA regional honors. He majored in Environmental Science with an Education minor.

Tennis was not Mr. Rowe’s only sport as for twenty years he worked for ski schools instructing snowboard instructors how to teach and trained them for examinations. He also worked for the American Association of Snowboard Instructors (AASI) traveling throughout the Northeast teaching instructors.

Mr. Rowe taught tennis at the Equinox Resort and Spa and at the Manchester Country Club, before joining the Bennington Tennis Center. Now, as Assistant Director, he teaches students at all levels and oversees the adult and Junior programs. He helped develop the foundation of Bennington NJTL, and has been integrally involved in planning and implementing the program ever since. At the Bennington Aces summer camp, he serves as the Assistant Director of Tennis and oversees all tennis programs. Mr. Rowe also serves on the Advisory Staff for HEAD Tennis.